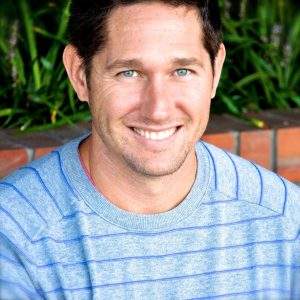 Dani: Let’s start off with a little bit about yourself, your role at Homesnap, and a little bit more about the company.

Lou: Sure, my name is Lou Mintzer and I’m the Chief Product Officer at Homesnap. Homesnap is the market-leading home search platform built for agents, brokers and consumers. I work with a talented team of engineers and designers on building and maintaining the Homesnap app, which means a couple of different things. It means building Homesnap for consumers, who are using the app to find a place to buy or rent. It also means building Homesnap Pro, which is the professional version of the Homesnap app built specifically for real estate agents to help them do their job while they’re on the go. Thirdly it means building out Homesnap Pro ads, which is a suite of digital marketing services that we’ve built for agents who want to invest in and grow their business.

We’re headquartered in Rockville, MD and have roughly 60 employees. The software that powers Homesnap was completely custom built by our development engineering team. We built our software on a bunch of different platforms simultaneously, so you can find Homesnap in the App Store for iPhone, iPad and Apple TV, as well as in Google Play for Android and on the web at Homesnap.com.

Dani: Wow! So how was the company started?

Lou: We launched in 2012 at SXSW with the iconic “snap a photo of any home to find out all about it” feature—in the very beginning that’s all the app did. Go in front of a house and take a picture and it’ll identify it and tell you all the information you need to know about it. That includes property history from tax records, listing history including photos from the MLS and we remix that with a bunch of other data sources, including schools data, school attendance zone, similar listing and sales, maps…

Lou: So that was the start. We expanded it to iPhone, iPad, Android etc. In 2014, we came out with Homesnap Pro, the agent version of Homesnap that shows real-time MLS data, and now there’s over 850,000 agents in the country with access to Homesnap Pro.

Lou: Our initial backing came from Revolution Ventures, which was co-founded by Steve Case from AOL and Tige Savage. Additionally, earlier this year we went through our series B funding, which was led by Updata Partners.

Dani: Awesome; is Homesnap nationwide then?

Lou: Yes we are. We have nationwide coverage which means you can snap a photo of any house, anywhere in the country and we’ll return some results. We currently have MLS agreements in over 145 MLSs, and those markets tend to be clustered around metropolitan areas where we have the most coverage and where consumers have the opportunity to browse for real estate using the same data that their agents use.

Dani: Interesting! So you mentioned the ability to snap a photo of any home and getting all of the information you want on that home. Are those images stored on Homesnap after someone snaps a photo?

Lou: Yes they are. Anytime you look at a listing, you’ll see photos someone has taken of the house, along with professional photos from the MLS.

Dani: Okay, awesome. I imagine this capability brings a tremendous amount of images and a lot of photos into Homesnap’s image library. Can you tell us about some of the issues you were you facing before using Imagizer?

Lou: We’re well past the hundreds of millions of images mark and continue to grow because every listing has anywhere from 10 to 30 photos. Some even have more. Listings go on and off the market and there are over a million listings per year nationwide. We had a desire to embellish our library of images with additional data. For example, it’s difficult to format a photo of a house in an email. We wanted to do things like put the price of the house right on the image and include whether the house is for sale, under contract or sold, right on the image.

Dani: Awesome! So specifically, what were some of the issues you were facing that drew you to us? Did you look at any other solutions as well?

Lou: Well, there were two things – storage and speed. Pre Imagizer, we did a lot of pre-processing and storing. We would make an image and overlay the house price and status and save that to S3. The problem was every time that listing changed, the image had to be remade and saved whether or not someone viewed it. Whereas now with Imagizer, we don’t have to spend time manually updating the price or status on an image because Imagizer allows us to do this in real time.

Dani: That’s awesome. Did you look any other solutions prior to Imagizer? What differentiated us from some of our competitors that you were considering?

Lou: We are a Microsoft C# SQL server and so there are things from systems that roll to c-sharp libraries and .net core libraries that focus on graphics, but they all have the disadvantage of happening in a very high-level language. So the advantage of Imagizer for us is having all of these calculations happen as close to the metal as possible.

Lou: This makes all the difference. We’ve reduced the amount of time it takes to produce a dynamic image dramatically by working with Imagizer.

Dani: That’s great. So prior to using Imagizer were you guys doing all of these manually then?

Lou: No, we were using c# graphics libraries.

Dani: Okay. So what has the experience been like for your development team with using Imagizer?

Lou: It’s been good. We’ve pushed it super far. We’re doing lots of different layers with very complex logic in our images, so the fact that it’s in AWS has been a good fit for us, as we already have a lot of other systems and services running in AWS. This has made it very easy to spin up the instances and get the Imagizer app running. Imagizer also provides logging, which is great. We have some error logging that’s important and we also have monitor logging which lets us see things like the response time and the number of requests etc. in the cloud lodge dashboard, which is an important part of running the system.

Dani: Sure, definitely. So with regard to the improvements you’ve seen with Imagizer, can you give us some more specifics, maybe in terms of time saving, development cost, speed or anything like that?

Dani: Would you say speed is the biggest area in which you guys have seen improvements?

Dani: Can you touch on some specifics of what you can do now that you maybe weren’t able to do with your solution before, or are there any things that you’re able to do now with the Imagizer?

Lou: So the number one thing is that we can deliver complex images without wait time. Before we would have to put up loading indicators that say ”your preview is being made” and they would just have to wait until it was done. Now they just get to see their preview in real time.

Dani: And do you think that affects sales and conversion rates? Have you guys noticed any better performance with faster loading images?

Lou: We don’t have any hard numbers to share, but I think it’s fair to say that lag conversions are up, leading to improved conversion rates.

Dani: Could you summarize or quantify the transformation from how things used to work before and after using Imagizer?

Lou: Yeah, and this is a good chance to talk about something that’s a little bit new which is before all of our logic was locked in code. Before, anytime someone in the company needed a dynamic graphic for whatever purpose—product purpose, marketing purpose, training purpose, etc.—they would need to work with a developer to get that code written. Now that we’re using Imagizer more and more, the image layers are specified in the URL. We’ve begun to train people outside of the development team, in marketing, in sales, in business development, on how they can just manipulate the URL to create some custom graphics.

Lou: You know, it’s anybody who deals with a ton of photos, people with high S3 carrying costs, people who are doing a lot with dynamic imagery, specifically on email where it’s super handy because you can put a lot of the formatting into the email instead of dealing with the repugnant way that HTML and CSS need to be formatted inside of an email.

Lou: So I guess those are my three biggies: tons of photos, high S3 bill, and the desire to do real-time customizations.

Dani: Gary mentioned that you liked the show Silicon Valley, which we are also huge fans of. If you could meet any character on the show, who would it be?

Lou: I think if I had a chance to meet anyone, what I would do is try to hook up with Erlich Bachman and get him a one-way ticket back to the States from Tibet .

Dani: Awesome, well thanks again Lou for your time.

Lou: Alright, Dani thanks a lot, it’s nice meeting you.

Dani: Yeah, likewise, have a great rest of your day. 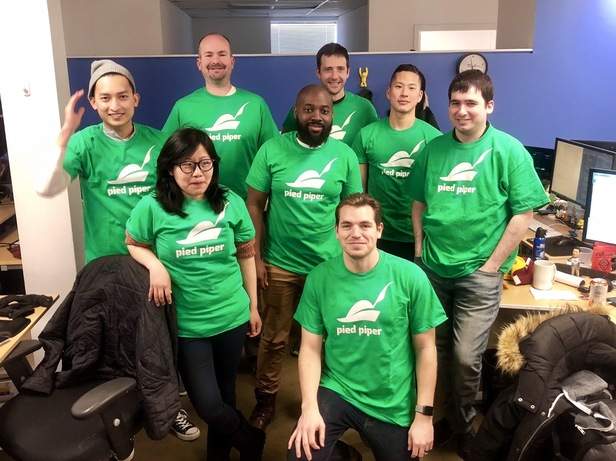 Imagizer is a cloud-based service that provides an end-to-end image management solution including uploads, storage, manipulations, optimizations and delivery.

Sorry. No data so far.